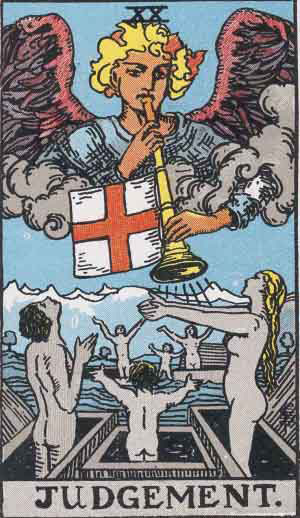 Archangel Gabriel has with his trumpet resurrected the dead and freed man from its limitations. Rebirth. The rise to a new life. An old life is consummated, a new one awaits. This life can be a physical life e.g. after a divorce, or a mental life e.g. you have changed your mind in an important matter. Prediction: Renewal, outcome, change of societal position.