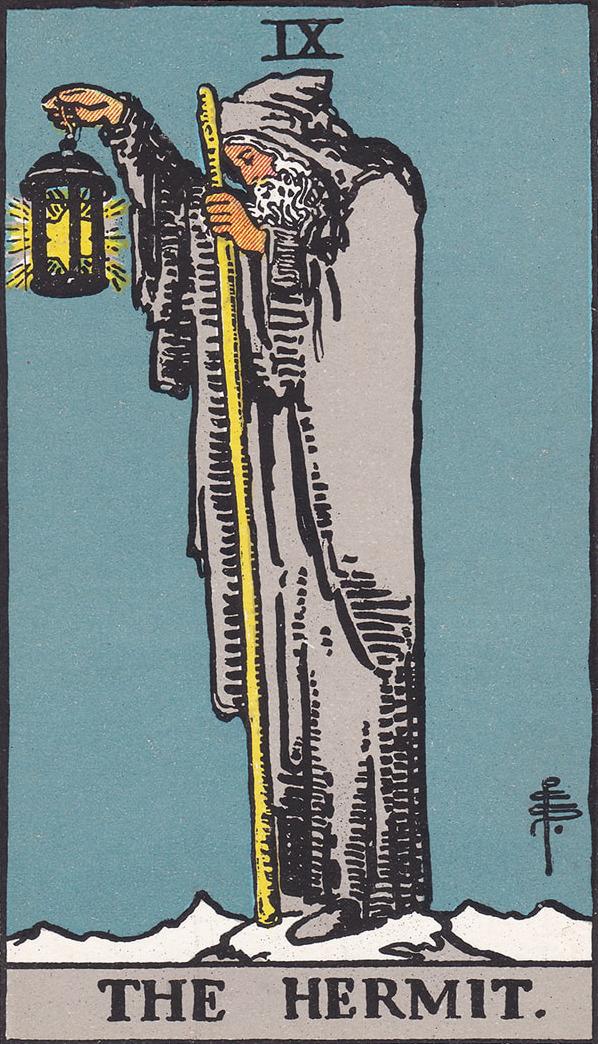 On a ridge the hermit stands alone and in one hand he lifts the lamp of truth in which a six-pointed star glows. The flickering inner intuition light leads him on his way. Prediction: Wisdom, meeting with a mentor. Need to retreat and consider. Listen for your intuition.